What's on your mind?

Does anyone know how I can play this game RN?
(edited by A Fandom user)

I’ve been looking for some answers as to why monster squad shut down and any economic events leading to its failure. I’ve also noticed that a lot of meaningful information is gone. I don’t want monster squad to be forgotten so soon. If you have any way I could contact fru1tbat or any other admin/moderator (even the ceo during monster squad: seungwoo choi), I would appreciate it.

Monster squad was my favorite app and every month I would always check to see if it is back sadly it isn’t... So I think I should cut my losses and find an alternative. Any apps?

My heart is broken that the game has ended, but I refuse to just let it be forgoten. In a few hours, I will be changing the home page up a bunch to better indicate that the wikia is of a dead game, and it will also have a link to my gift to everyone. Keep an eye out, it SHOULD interest just about everyone :)

The end of monster squad, nexons shutting down serves across the world and Getting rid of the game on all platforms. Express your opinions here!

Not sure why, but some of the recent monsters (Expert Joun, Fire Sprite) have a lowercase second word in-game (they're actually "Expert joun" and "Fire sprite"). In the past, we've been very careful to follow the in-game name case, even if it's a little ridiculous (like MR. Jolly).

For the new ones, I've been capitalizing the names because I think I saw someone else start it that way, and I figured it didn't matter all that much. I can go back and fix the case of the ones that don't match if people really care... (I just thought I'd check. But I'm guessing nobody will.) :)

I've been really into Illustrator and Photoshop lately to make backgrounds and whatnot, I was thinking it may be time to update that old pokadot square in the corner to something more... Monster Squad!

I want to figure out Ant Monarch's powerful level 2 poison attack percentage.  How to calculate it?

I'm a little confused about MP cost for leader skills. On every leader I've ever tried, the cost is 40-60-100-150 (monsters with only one skill - 40 MP, monsters with 2 skills - 40-60, etc.). Poulpinou says Narkissa's ultimate skill is only 140 (and others are even less). I just tried Narkissa, though, and it's 150 for me. Can anyone shed some light on this? I was convinced the costs were the same for all monsters.

I post this new discussion because Monster Box template become old and :

- is not really clear with the evolution tree

Vivilid created 2 new versions of Monster Box and we need a generaly unanimous agreement about which version should be add!

I personnaly prefer the first one because it looks more like in game. Since we already use skill icons, I think there isn't any problem using stars and stats icons!Please, give me your opinion!

Hey guys! This is my first post on this forum so I'm pretty psyched :)

I've been playing Monster Squad for about a year and have gotten some pretty high-rank monsters. I decided to make a multi-type team to be a rebel (as I personally find the ideology of single-type teams being the best is a little bit silly, though it is mostly true). I was wondering if you guys can rate my team that I just built!

Here is the logic behind why I used these monsters.

Armin Coral has a pretty decent REC so it's multiprotecting ability that allows for a 75% REC is pretty nice with the Stage 3 shield that everyone gets. Due to its magic stones, the current REC of my Armin Coral surpasses 2400 which means that it recovers around 1800 HP each time. Furthermore, it can recover the most hurt ally with a 100% REC with coral heal which is pretty good as well for urgent recovery (though it's only one ally). The coral DEF up ability also allows for a solid rise in the team's defense, which is a good support boost. I personally find this to be the best leader for the group.

Vengens is a great fire monster in general, but the key lies in it's support ability and it's buff. The buff allows for a 50% increase in the attack of fire monsters. My Armin Coral has around 1600 ATK so a 50% increase means around 2400 ATK which is pretty dang high. Vengens itself will also get a nice boost as well. The support ability is killer as it attacks with 330% ATK while also removing one shield from an opponent. That means that (since my Vengens has around 2200 ATK due to magic stones) this is 7260 damage which is pretty much a guaranteed OHKO even if the ability doesn't apply to Vengens.

Dark Hawk is an outstanding monster which can be very useful as both leader or support, but I put him in support since A.) He has that self-stun disadvantage, though the price is worth it. 2.) It's ability is pretty jacked. The buff for him is to boost nature monster's HP by 100%, well the only nature monster is Arch Bern which already has an incredibly high HP which far surpasses 10000 which means that Arch Bern becomes pretty much invincible due to the shield by Armin Coral with the REC as well. Even more devastating is Dark Hawk's insane attack which does 275% ATK damage to everyone and since Dark Hawk right now has around 1900 ATK, this means 5225 damage which again is pretty high.

Arch Bern is a mirror image of Vengens except that it's ability applies to nature monsters (so 50% increase in Dark Hawk's 1900 ATK = 2850 ATK which leads to 7838 damage from it's support skill) and it has an insanely high HP. Through Dark Hawk, this becomes litterally a wall which just tears down shields and whips out around 4620 damage from the 330% ATK damage by its support skill.

Please give me suggestions and if possible a numerical rating from 1 - 10 (1 being the worst and 10 being the best)!

2 new monsters per type (2 new empty slots right before the first material monster for each type) - any idea what they are? I don't see anything obviously new...

i just started , and i see an icon in upper left during battles (auto)..i click on it once or twicw, it does not matter, the battle still goes on auto-playing. is there a way to stop the auto-playing forever..i would like to choose the decisions on skills used..not the computer..is this possible..so far, i do not see a way to play the game without it playing by itself during battle ?

How to pass sky island stage 7 the 3rd wave monster so annoying, they keep heal heal and heal

What is the feather near attribute? Sometimes i saw it a white color or gold color?

for a while, we were discussing how we were going to orginize the monster squad list. Instead of picking 1 set way, why dont we make filters, that way we can see the way we want it?

For example, I just got a message asking if we could make one that orginized by monster * rank. Others want it by type, some want it by in game index order. Heck, alphabetical or location would work too.

Why don't we make a T chart, with Name, Type, *, and location on it, then have it so we can click it and boom, it's orginized. (Not necisarily a T chart though, just the first thing that came to mind).

Thoughts? I would love to hear your input!

(edited by Daviza)
I've been playing for a month and a half but still can't figure out what this thing is used for. I have checked every evolution chain I have found but no dice. Is this thing used for something else like Fusion instead?
(edited by A Fandom user)
Guidelines 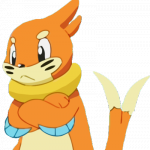 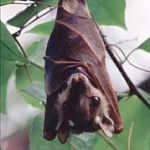 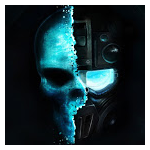 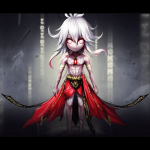 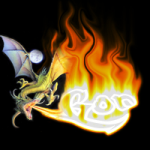 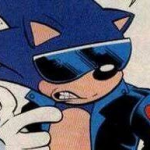